This is one of many slots based on the Star Trek franchise. On Star Trek Red Alert from the game developer WMS, focus is on the ”old” characters, such as Spock, McCoy, Captain Kirk, and Scotty.

This is a good slot if you like special features and want them to be in the base game rather than having them in a second-screen bonus game. There are plenty of free spins to be had, alongside other fun features such a multipliers and wilds. In theory, there is no limit to how long a free spins session can last, since it is possible to re-trigger the free spins feature during free spins and WMS has not put in any ceiling for how many times this can happen. During free spins, every coin win is multiplied with a win multiplier.

The theme is Star Trek.

Examples of characters that can show up as symbols on the reels are Spock, Captain Kirk, Scotty, and McCoy. The starship Enterprise is also present, as is the Star Trek logo and Shields.

The Star Trek logo is a regular wild symbol.

Scotty can appear and cover one or two reels with Scotty Wild symbols, and hand out free spins.

The Red Alert feature awards you a medal as soon as there is at least three scatters anywhere on the reels. This can in turn provide your with free spins, and it is possible to re-trigger free spins while in free spins mode. During free spins, a multiplier of 2x – 15x applies to every coin win.

When the Rock Creature appears, it can provide your with additional multipliers in the 3x – 10x range.

When Dr. Spock shows up, he may give you multipliers in the 3x – 10x range.

The Win Warp bet is a special extra wager than can result in winning 10x the total wager.

Autoplay is available for up to 200 spins.

Can Star Trek Red Alert be played on mobile phones?

No, Star Trek Red Alert has not been released for touch-screens.

WMS Industries Inc has its roots in the Williams Manufacturing Company founded back in 1943. It is thus much older than the online gambling industry, and actually started out making pinball machines, before being acquired by the jukebox manufacturer Seeburg Corp. Since 2016, WMS is a part of the same corporate group as Scientific Games.

WMS is based in Nevada and has strong ties to the traditional (offline) playing industry. They have been making coin-operated video games since the 1970s, and is one of the true pioneers within that field. Their first reel-spinning slot machine was launched in 1994, and they actually kept their pinball division active until 1999. 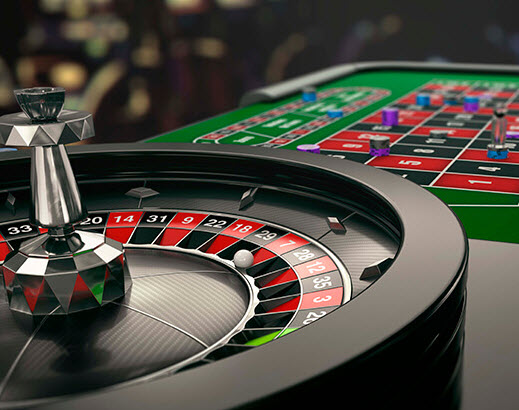